What We Deal With Daily Here at the FACT Office

Where: If multiple locations, just tell us about the location you're referring to. 1055 E Hearns St, Phoenix, AZ

Please describe the cult activity: Are their specific complaints you'd like to tell us about? YES
My son is in this so called church. He is a group leader in the young men and women's group. I asked about this group and as he was explaining he was very arrogant, which he wasn't before this church, and he let me know in so many words that he exerts pressure on group members. I stopped him there and said, you are exerting pressure on people in a church group? He answered saying that, well he joined voluntarily. So we had a conversation about that. When I stop him about something I feel is not right, he changes the words he uses to something more accepting to someone; but the actions are still same. They keep him so busy with church business that between work and church, he is always tired. But he still protects the church. He was taught there to take some gray area in scripture and take one extreme view and act as if its fact. Also there, they have women pastors, which is not even close to being biblical. It is a pentecostal church, so you probably know about those. Its under the umbrella of the Assemblies of God churches. He is almost always with someone from that church and has continuous church functions and giving them 10%. There is much I can complain about this apostate church. They got him a new family, he calls this xxxx (who was in jail before) his spiritual father,(new father), the pastor got him a woman to be his wife, they have isolated him while making him reject me, his real father, and reject his friends, other family is not really in his life much, they don't know him like I do. I was the only one who went to his college graduation even. His behavior and personality has changed drastically, shockingly. He is constantly working for the church with not much time for his things he was doing before, his interests changed, he even told me to throw all his stuff away at home.(shocking). He is in a constant grind from work and church. xxxxx recruited him into it little by little. xxxx doesn't respond to logic or common sense, no analytical thinking. He was always so smart, xxxx made straight As all of his life.

Are you aware of any human rights violations, emotional/physical abuse, illegal activity?

Please be as detailed as you can.

2) How did you/they get involved? How were you/they directly recruited?

3) Are there other family members involved? Only me and my best friend.

4) Has their been a disconnection of relationship(s) with family, old friends? They are trying to break completely my relationship with my son, and he has really turned on me as if I am nothing. He often says to me when we talk that I cut him off and he can't talk to me; trying to find a reason to stop our conversation.

5) What are the circumstances currently? He wants to marry this xxxxx girl but he knows that I don't want him to. He told me that its up to me if I want to be a part of their lives. I can't stand her. He only wants xxxxx and his family and xxxxx in his life and I feel like I'm losing him. This church is International too and can send him anywhere; he has talked about starting a church.

Impact from group: Please describe how you believe to have been harmed and/or wronged by this group. Be as detailed as possible, and send any supporting evidence via the email below.

Is there anything else that we should know or you would like to tell us: Please tell us anything else you think we should know. I made a police report of the assault and battery that he committed against me (his father) to get his phone back. My glasses cut my head and broke, I had a carpet burn on one knee, and my thumb was injured, the ligaments were pulled and the joint was spranged. Then he acted as if nothing happened. Now there is a warrant on him. He works in a xxxx in Phoenix, assistant manager, and I'm sure he will get fired if and when they find out. I got a call from the city attorney's office telling me that the warrant is approved by the court and will send xxxx a notification in a couple of days; so I called him and told him that he has a warrant on him now and they will let him know. He didn't believe me. But he said, Whatever happens, it will work out, because I didn't do anything wrong. He didn't panic at all and he didn't even blink when I told him. I asked him if he already knew, because he didn't even react to it. I think he and xxxxx already talked about it. He even said that could get it expunged if he needed to. I didn't know that he knew what that was. I told him if he would quit his job before he gets fired, we can work all this out and it would be nothing to it and in the end and then you can go back to work and with no fired from your job on your record. He said he was not going to quit and he will deal with whatever happens and that God will resolve it all for him. I texted him once and told him I was going to make a complaint against him, and he responded by texting me that if I did, he would be my enemy. I texted that we will never be enemies and that I loved him so much. I said all I do is out of love for him, he knows that I'm so worried for him that I would do about anything to get him out of that church and away from xxxxx. He told me that he knows I'm worried for him but he says not to worry. After I told him that he has a warrant on him now on Skype, we both said I love you; and at bedtime that same evening he texted me, I love dad, goodnight. I texted back the same thing. Today we did not communicate. But its ok.He is has a lot to think about. I just don't know where all this is going or what will be the ending. HELP! I thank God I found your website.

If you have additional files, links, etc. that you'd like us to be aware of, please send them to the email address below."
The FACT Team 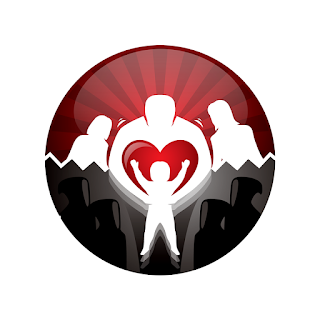