Ex Naropa teacher, Katsura Kan was found guilty on March 18, 2019 in the wrongful death of one of his students, Sharon Stern.

Kan filed an appeal and that appeal was Denied and Dismissed on June 10, 2019. 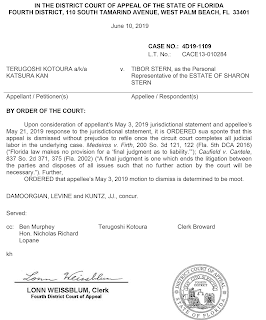 Tibor Stern
on Behalf of Sharon Stern Estate
Posted by FACT.charity at 6:03 AM No comments:

Shambhala International Fights to Survive in Face of Sex Scandal

"BOULDER, Colo. (RNS) — The sexual misconduct scandal rocking Shambhala International, one of the largest Buddhist organizations in the West, is causing the organization to suffer financially, and many of their properties and programs are being sold off or downsized.

Started in the 1970s by the Tibetan Buddhist teacher Chogyam Trungpa Rinpoche, who also founded Naropa University, Shambhala has been embroiled in crisis since last summer, when Trungpa’s son and the organization’s current spiritual leader, Sakyong Mipham Rinpoche, was accused of sexual misconduct. 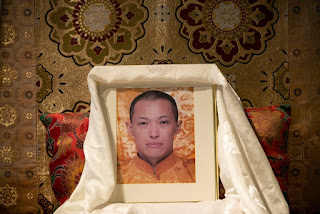 Since the initial report, more allegations have been made against other senior teachers in Shambhala, suggesting a pattern of cover-ups and failure to address sexual misconduct at the upper levels of the group’s leadership.

But at the heart of Shambhala’s financial woes is the fact that, since the allegations broke, Sakyong Mipham Rinpoche has stepped back from his leadership role and is no longer teaching. Much of the organization’s revenue was generated from his teachings.

Shambhala’s entire governing board, the Kalapa Council, resigned when the scandal broke in July of last year and was replaced with an interim board that is attempting to hold the organization together. As they attempt to change Shambhala’s culture and regain the trust of their followers, they are also struggling with a drop in revenue.

According to a statement released by the interim board in March, revenue is down almost 60 percent from the beginning of 2018, and the organization has a debt of more than 1.3 million, with the entire amount due in August."

Posted by FACT.charity at 7:04 AM No comments: