Disclaimer: F.A.C.T. is not responsible in any way for the information provided to us by victims or witnesses of the following alleged abuse.

This evil duo is destroying innocent, vulnerable children and young, female students through the controversial, grotesque, sad and suffering in nature, destructive dance of Butoh.
Ryuji Oka aka Rizome Lee 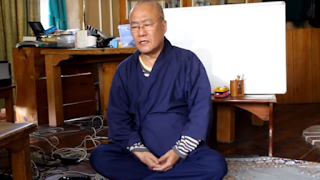 Allegations have surfaced and were filed against Lee
for pedophilia with 3 girls ages 5-15 years old.

We will notify all related authorities worldwide to stop these dangerous psychopaths from further harming, abusing and exploiting innocent children and vulnerable, young female students.

"My name is [male, name protected].  I am from Canada.  I was a witness to the September 20, 2019 pedophilia confession of "Rhizome Lee" while participating as a student within programming of Subbody Butoh School in India.  After this confession, I understood that "Rhizome Lee" had a history of victimizing children.

I give permission for Tibor to use this information."

"...We recently heard the confession of our mentor/ teacher (Ryuji Oka, a Japanese national living here on a tourist via, also known as Rizome Lee) that he had sexually abused three underage girls over the last 15 years.  Since we heard this statement, we contacted a psychologist who connected us to your organization.

We are concerned about future victims and there are currently 2 children who live with the family that works for him at the Subbody Resonance Butoh dance studio in Jogiwara, Dharamsala, Kangra.

This letter is a written confirmation that I was a witness to the confession of Ryuki Oka also known as Rhizome Lee, made on September 20, 2019 at the Himalaya Subbody Butoh School in Dharamsala, India.  In his confession Oka expressed that he had received sexual pleasure from touching three (3) young girls ages 5 to 15 years.

I give you permission to use this letter.

I visited Lee about a week after he confessed in class.  One friend of mine and I went to his office to confirm what he did to the children of one family who were working in school and the children from neighborhood.  He confessed he took one girl after another coz for him it felt like real love.  He said he started getting close to them by playing some role play and so on and after he said he even asked them to be his girlfriend.  He said after one rejected him he needed to find another victim. 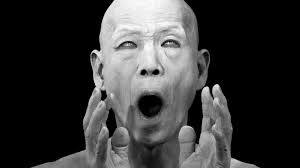 Katsura Kan was found guilty a Florida
court for the wrongful death of his student
Sharon Stern.
Link to documents in wrongful death suit
Katsura Kan admitted to having sex with 160 of his female students. Complaints came in from one
of his female students who was allegedly drugged and raped by him.
It is hard to believe that Naropa University in Boulder Colorado would employ this kind of evil teacher
to lecture in the classroom in the subjects of philosophy and psychology, thereby putting their aspiring
and ambitious students at risk.
Katsura Kan was a frequent guest teacher of Lee's school, the Himalaya SubBody Butoh School. When
the student complained about Lee's pedophilia, he ignored the warnings and continued his engagement
with the school and Lee.
Tibor Stern approached Naropa University/ Shambala with regard to correcting the (in our opinion) troubling relationships between teachers and students in order to stop what we believe is the continued sexual exploitation of students by faculty.  Such exploitation has been occurring since the inception of Naropa/ Shambala and has been well-documented throughout the history of the school.  Naropa's response was that 'we have heard enough from Tibor Stern'.

Please share this post.  By sharing this post worldwide, we believe that you will help us in the fight against injustice and abuses and protect innocent human beings from harm.

We will keep you updated.

Posted by FACT.charity at 8:44 AM No comments:

In response to all of the so called 'experts' in cult abuses, we would suggest too all of those mavens that before you make unqualified, out-of-touch and ignorant statements concerning cult abuses, brainwash and undue influence, you get familiar with the subject, in our opinion.

In this case, we know that society is infected by this epidemic of cult abuses.  Of course, for uber liberals, it's always easier to blame the victims, especially when they are highly successful in society. We believe that all those who responded so negatively could be called blind followers of Rachel Aviv.

When it comes to understanding the underprivileged, vulnerable and sick, it is our opinion that it should not be a liberal or conservative discussion, but a neutral human consideration and approach with compassion.

We understand that many out there do not have anything better to do than to discuss other people's business and play the yenta.

At this point, Tibor Stern and F.A.C.T. are not interested in further reading or responding to comments and have better use for our time in continuing our work to help the victims of such abuses.

If you are interested in learning about cult abuses and the negative effects of undue influence, the History Channel's recent episode more accurately describes the situation -which we have provided the preview above for you.