Our non-profit organization received numerous complaints about the yogi guru known as Uma Inder (a.k.a Umaa) located in Ubud, Bali. Ex-students of Inder’s contacted our office with very serious allegations, claiming that she manipulates, exploits and abuses students in various ways.

We would like to state that the purpose of this expose is not to slander, libel or harm Uma Inder in any way; it is to bring awareness, to educate and to potentially change her allegedly damaging practices. (Please note: our efforts to communicate with Uma Inder to verify the allegations against her were rejected by her and her legal team. Moreover, FACT was threatened by her lawyers with legal action if we decided to run this expose.)

The expose sections are as follows:

1) Exploitation and Abuse Claims
2) Recruitment, Indoctrination, and Practices
3) Analysis Of The Allegations According To The B.I.T.E. Model
4) Known Affiliations
5) Conclusion

Today we begin with Part One of our expose, concerning the claims made by students against Uma Inder for exploitation and abuse. According to our opinion and belief upon analyzing the complaints, we believe Umaa Inder’s traumatic teachings and influence may have led to the exploitation and abuse of her students.

Some quotes from the complaints we received:

1) “I had frequent anxiety attacks and suicidal impulses, with frequent horrific, vivid visions of self-harming that felt like the better alternative to continuing ‘the process’ with Uma Inder.”
2) “Like many who have suffered under Uma’s physically and emotionally violent ‘teachings,’ I have experienced symptoms of PTSD for years after exposure to Uma and her abusive cult followers. I too physically and emotionally abused others while I was in the cult, and afterwards, bore sufficient stress in my body that I suffered severe physical, mental, and emotional consequences.”

Moreover, ex-students claim to have been victims of, and/or witnessed, physical attacks and emotional abuse by Uma Inder and by her devoted long-time followers, sanctioned, as one ex-student put it, under the guise of “transparency” to foster intellectual and spiritual development. Below are some of those allegations:

1) “Uma Inder at least twice physically assaulted students on her private SATYA retreat immersion, kicking one girl for failing to address her and tackling and clawing another to the floor.”
2) “Emotional and physical outbursts are sanctioned because they are ‘real,’ and this creates aggression and tension which stifle students’ capacity for critical thinking, while instilling Uma as the center of students’ worlds.”
3) “Inder has spat at students and watched and encouraged as students assaulted one another in retreat immersion settings, systematically encouraging violent and abusive behavior among cult members.”
4) “Uma has assaulted her students who failed to submit fully to her will, both in closed retreat sessions and in numerous personal encounters.” As per the allegations, “She implicitly outsources most of the threat of violence to devoted, long-term students, one of whom has threatened physical violence and murder against students who would ‘harm Uma in any way.”

As stated in the above quote, ex-students also claim to have been threatened for their lives by her ‘bodyguard’ at the behest of Umaa, in an attempt to control and silence potentially outspoken followers and past group members. Some of the supporting allegations are as follows:

1) “We have received death threats for opposing Uma Inder, and we believe we are risking our lives by speaking out.”
2) “I desperately want more information out there about Uma and the group dynamic around her but am very scared for my identity being revealed, especially as I had death threats.”
3) “We have emails by her most brainwashed follower, agent, slave, and sexual abusee in which he makes the death threats…”
4) “Uma Inder described him as a ‘trained killer.’ He threatened to kill me once, and I also saw him threaten to “disintegrate the human form” of another woman, “chop off [the] head” of another, and numerous other threats to kill people in our group.”

In addition, ex-students claim to have been exploited by Uma Inder, compelled to devote their time and money strictly for Umaa’s benefit, under the guise of it being “all for [them].” These ex-members state, for example, that they worked to organize yoga retreats, take care of her property, and run her herbal company called ‘Aranya’, all for no compensation of any kind in return except for “spending time with [Umaa Inder]” and under the threat of mental and emotional violence if they did not comply in order to stay connected to the group.

To read more about these allegations, please visit our website: http://ow.ly/zIi030gg3ng

If you have any relevant information to share, either positive or negative, please contact us at: http://ow.ly/ZwEC30gg3rQ

‘Part Two’ of our Uma Inder expose is posting tomorrow, so stay tuned... 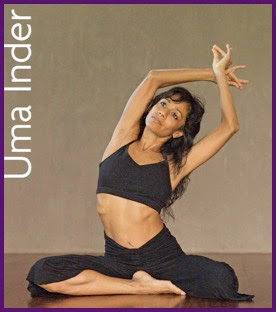 Posted by FACT.charity at 11:34 AM No comments: