Considering we here at F.A.C.T. talk to many former members of church/cult groups, former parishioners as well as former executives / elders within the "core clergy" of various "church" groups, we feel it is important to keep in mind that churches are made up of individuals whether in the core clergy or as public parishioners.

The Constitution ensures Americans the right to our Religious Freedom - to believe or worship as we see fit. Church policies would not be applicable or enforced if individuals did not choose to accept and apply them - Free Will. Brainwashing/mind control/undue influence are theories to consider without a doubt, however when it comes to real crimes and harm against others - Individual Responsibility and Accountability is a must! When laws are broken, when lives are lost, when crimes are committed, when people are taken advantage of, tricked, deceived, financially abused etc there must be personal individual accountability for ones action(s). In many Ex-Communities, former members point the fault and blame for abuse, shunning etc all on the leader(s) and church policies as to their experiences, what they did or didn't do as a result of participation and membership in their particular group / church. It boils down to individuals and we've talked to many people over the years who were in these type of executive or leadership positions in churches/cults and made their choice not to follow policies or take harmful actions against others regardless of being instructed to do so. We've talked to former members who were on the verge of losing their children from shunning / disconnection policies. Some decided to stay under the radar to avoid such devastation in their relationships and lives. Some left their groups only to rejoin years later and do the steps necessary to "repent" and get in good standing with their group again so they can have relationships with their children and or stay in long enough to get through to their children to leave with them. In other words there are many ways to maneuver depending on what ones agenda, priorities and circumstances are.

We've been hearing about a perspective surface in recent months about some of the crew on A & E's Scientology & the Aftermath Show that we feel is important to share. Stories of former Scientologists who have a bad taste in their mouth about information control tactics and treatment by some of the Ex-Scientology community as they are receiving similar treatment that was done while in the Scientology culture. One example is being censored on support groups such as the main facebook group "Supporters of Leah Remini Scientology & the Aftermath".


Why are former Scientologists being censored from sharing their experiences, views, opinions and questions and blocked on a support group aimed at exposing scientology abuses?

We've gotten permission from the authors of the below posts to publish on our platform.

Sam Freeman - who was a long time Scientologist in the "elite" sea org for a while as well as a public paying Scientologist. In a support group on facebook called Scientology Death and Disconnection - The Description of the group: "Giving the victims of Scientology a voice. No politics or grandstanding. Just facts."  San Freeman writes the following post:

"FLYING UNDER THE RADAR"

"Is a term Scientologists use to describe a situation whereby they pretend they support the cult but are secretly in disagreement with its abusive practices. On that note, if anyone remains in any doubt in regards to my position on Mike Rinder and Leah Remini I’m going to clarify it here for the sake of posterity:

Mike Rinder (co-host of the show Leah Reminid Scientology & the Aftermath show) and Marty Rathbun are completely and EQUALLY responsible for every single atrocity and cover-up perpetrated on the victims of Scientology both past and present. Leah Remini is fully aware of this inconvenient truth but has never allowed it to stand in the way of her own personal ambition to milk her position as the unelected celebrity spokesperson for the cult’s victims to the max. ‘Scientology and the Aftermath’ was a study in elitist nepotism at best, and at worst a convenient way for Mike Rinder to cleverly circumvent any real inquiry into the true circumstances of those victims who were carefully buried and silenced by David Miscavige and his two henchmen Mike Rinder and Marty Rathbun.

While I remain fully supportive of the many brave ex Scientologists who came forward and told their stories on the Aftermath’, it is my own personal considered opinion that they were simply used by Tony Ortega, Mike Rinder and Leah Remini to forward their own personal agendas. My opinion may be unpopular. I don’t care. I am as tired of ‘flying under the radar’ now within the larger ex Scientology Community as I was prior to taking a stand against the elitist liars in the cult only to find the same situation repeated outside.

I’m not asking anyone to ‘take sides’ or show support or lack thereof for this post. I just feel the need to unburden myself from any fake friendships or alliances where I will find it necessarily to take up a position in the future in order to ensure that Mike Rinder and Marty Rathbun receive the exact same punishments for their crimes as David Miscavige himself when the ‘chips’ finally do ‘fall’ as the general nature of karmic justice demands.

On that note I will leave just one small measure of the mountain of evidence of David Miscavige’s numerous lies and the collusion of such by Mike Rinder, Marty Rathbun and Ron Miscavige (Leader of Scientology David Miscaviges ownfather) (Tom Cruise and John Travolta notwithstanding) here so those who have not seen it before can decide for themselves whether Mike Rinder and Ron Miscavige deserve the drooling adoration of ignorant Remini fans, or the sneering derision of small handful of ex Scientologists who understand that Mike Rinder and Ron Miscavige COULD in fact bring about the end of the cult they helped to create if they truly wanted to simply by telling the WHOLE truth (although God forbid we should stand in the way of the more vitally important mission of selling Tee Shirts and bobble heads).

I expect we may lose a handful of members as a result of this post. But those who may find my stance ‘offensive’ probably never belonged here in the first place. For the rest - thank you ALL for being here and supporting us. No one can take on the cult alone and win regardless of rank and file position on the totem pole and I only hope you have found some small measure of peace in return."

Here's a couple of media links and some history on Sam Freeman (Damingo).
https://www.thesun.co.uk/archives/news/629153/scientology-cult-ordered-me-to-have-an-abortion/?fbclid=IwAR3utv8U24wA76i-iT_j8z8ooR8XYPdmTyk_aASLv-PVVYhjfd_uai1iz4E

Inside Scientology and Escaping the Witnesses Documentary: https://youtu.be/b3k__0NGM2s

Another very compelling account from AlanzosBlog.com regarding the "Where's Shelly Campaign".

First a bit about Alonzo straight from his blog: "Alanzo is an Ex-Scientologist who sees the same tribalism he escaped in Scientology rising up in Anti-Scientology.

Out of all the lessons he learned by escaping Scientology, he learned one lesson harder than any other: Never let your tribe do your thinking for you.

Is Mike Rinder's and Leah Remini's "Where's Shelly" campaign a Hoax?  Here's a conversation Alonzo says he had with Aaron Smith Levin - You Decide.

"Aaron runs the 16,000 member “Fans of Leah Remini Scientology and the Aftermath” Facebook group. Aaron is also on the board of the Aftermath Foundation. Aaron told his powerful story in Scientology on Season 1.

Last year, Aaron and I had about 5 or 6 phone calls, most lasting for an hour or more, where we discussed all kinds of issues about being an Ex-Scientologist, the show, my blog, his Youtube Show, other Exes, etc. During these conversations I made the point to Aaron that Mike Rinder was working with David Miscavige at Int Base the last time Shelly and David Miscavige were seen together. As the head of the Office of Special Affairs, Rinder would have known all about their decision to end their marriage, and to separate.

Public Relations-Wise, this would be a delicate issue: the Ecclesiastical Leader of the Scientology Religion simply does not have failed anythings – especially marriages. 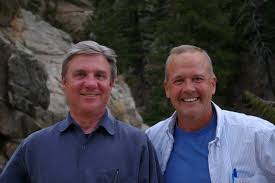 There is a war going on - Scientology vs Anti Scientology. Many of the former top executives who ran the Church of Scientology have been out for years now, all over the media with their stories of abuse. There is no doubt abuse has occurred to many many people involved in Scientology, we hear stories all the time - Exposing is great, we applaud those efforts!

However, it is note worthy to point out that there is a lot of money and status to be made in a war. Anti-Scientology movement - book deals, tv shows, product sales, legal settlements? etc. The Scientology movement in an effort to counter attack the Aftermath show recently put up the below billboard. Many thousands and probably millions of dollars was gouged out of active members of the church for this counter attack campaign - more people being victimized financially in this war. 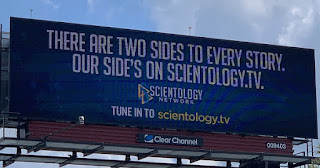 Does Mike Rinder, Marty Rathbun, Ron Miscavige (David Miscavige's father) and or other former  executives of the church have vital information and evidence that could take down David Miscavige and put an end to this??

We thought these opinions, views and accounts were extremely important to publish.

We will post in the following days other compelling views, opinions and experiences that you may not hear much about. You decide for yourself. 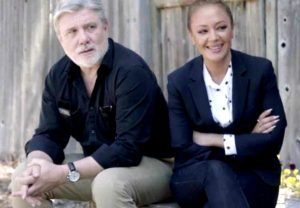 Disclaimer: The above accounts and stories are not the view of F.A.C.T. Inc, we are merely providing a platform for former cult members to speak their truth and stories, free of censorship.