"Authorities in Colorado have launched a criminal investigation into allegations of sexual assault against prominent Buddhist leader Sakyong Mipham and members of his organization, Shambhala International, ThinkProgress has learned. 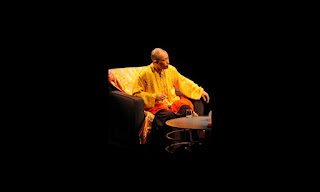 The probe by the Larimer County, Colorado, Sheriff’s Office was confirmed by four sources who have spoken to investigators and supported by emails obtained by ThinkProgress.

The investigation, which has not been previously reported, comes after a series of reports published by the advocacy group Buddhist Project Sunshine accused Mipham of sexual assault and child sex abuse — allegations Mipham and Shambhala International vehemently deny.

Shambhala International denied that it or its staff are the subjects of a criminal probe. “At this time, it is our understanding that there is no open criminal investigation in Larimer County,” the organization told ThinkProgress in a statement.

The statement echoes denials given to ThinkProgress in August after earlier sex abuse allegations were made against Mipham. His attorney Michael Scott said his client “categorically denies assaulting anyone, sexually or otherwise, sexual contact with minors, or any other criminal offense [sic].” Scott, who issued his statement after Buddhist Project Sunshine published sex assault allegations in August, did not immediately return a request for comment on the Larimer County investigation.

The Shambhala meditation center in Boulder also rejected a separate offer of victim support and assistance from the Boulder County District Attorney’s Office, ThinkProgress has learned.
The Larimer County Sheriff’s Office declined ThinkProgress’ request for comment but said anyone with information about possible sex crimes by Shambhala members in Colorado can contact investigators in its office. https://www.larimer.org/sheriff  "

The FACT Team
Posted by FACT.charity at 6:22 AM