"Recently FACT, Families Against Cult Teachings, has published a Four-Part Series, Exposing the Shambhala and Naropa Cults, on their Facebook Page.

This is one of the few Anti-Cult sites who actually are exposing Shambhala International and Naropa Institute as a dangerous cult and cult recruiting college.

They also have a closed support group for those who wish to discuss without the usual Establishment Buddhist Swamp censoring what can be said about Buddhist cult leaders still on their protected list.
FACT  has taken on the Mother Lode Cult of Tibetan Buddhism, indirectly, by going after Shambhala International, the worst of the sexual abusing  Tibetan Lamaist groups,  and Naropa Institute, administered and/or staffed by SI cult members or graduates of Naropa or Buddhists who have drunk the Tantric  Kool-Aid.  No one would be allowed to teach here, if they hadn’t bought into groupthink and Tantra. So, of course, the cult members of Shambhala and Naropa are doing everything they can to demean this Anti-cult site, (as they are trying to do with my book) by deflating its ratings.  Their continued livelihoods depend on keeping a positive image of these two groups that overlap. Or they get to the whistle blowers, and make them crazy, again. Whispering in their ears, creating a whirlwind of confusion. Tibetan Tantra and particularly the Shambhala/Trungpa version never let’s anyone go, if they can help it." 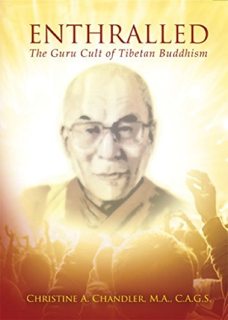 We want to Thank Christine Chandler for all her hard work - helping victims, writing and sharing her stories and otherwise exposing the abuse and corruption she has witnessed first hand.

The FACT Team
Families Against Cult Teachings, Inc
Posted by FACT.charity at 6:43 AM