The Crumbling of the Evil Empire: Shambhala and Naropa University

Please follow our detailed investigation about the extremely dangerous, ruthless cult on the aforementioned organization and University. The total expose will be coming out within 2-3 weeks. Finally, his majesty, akyong Mipham Rinpoche, the leader of the Shambhala community, admitted to sexual abuses in his so called "apology letter."

We at F.A.C.T. will publish all documented allegations against known perpetrators, sexual abusers and enablers in our upcoming grand expose!

-F.A.C.T. Team
Read Kalapa Counsil Quartley Update Letter Here
Read Our First Expose on Naropa University Here
Project Sunshine:
Into Allegations of Sakyong Mipham Rinpoche’s Sexual Assault and Clergy Sexual Misconduct
Read About Project Sunshine Here
Some recent victim's accounts of abuse regarding Shambhala:
"I was sexually assaulted by the Sakyong in the kitchen of the Halifax Kalapa Court after his wife, the Sakyong Wangmo, retired for the night with her first daughter, following the celebration of her first birthday in August, 2011. This experience was traumatic for me. "

"Young women are served up on platters without batting an eye."

"The last 6 months have been both treacherous and clarifying as conversations have unfolded, dragged on and danced around the topic of Shambhala sexual abuse. I have often thought it deserves its own unique brand. It’s as if a collective community trauma has been triggered and we are drawn to replay, revisit, deny and avoid patterns that seem so ingrained to the community. "

"I remember being instructed how to give a blow job when I was maybe 6. "

"The Sakyong’s Chief of Staff is most certainly aware of this incident of “sexual misconduct” despite what he has said to the contrary and to the Project Sunshine Mediator. Kalapa Council members know about this sexual misconduct, one of whom was supposed to be my MI around this time but never followed up. I have told several personally. And I know I am not the only one."

"Currently Shambhala International has threatened to sue Project Sunshine if they release/publish their PRELIMINARY investigation of SMR's misconduct (they haven't even asked anyone to come forward or make some call for it), the data of which has come from interviews with multiple women who have experienced harm. They did a good job of shaming Project Sunshine's effort. "

"Young women are served up on platters without batting an eye. They are treated like disposable pretty little things and pushed out when they roar, or crazy-made when they are suffering the impacts. Their mistreatment is used as material in punch lines by the court comedian who represents them as nobodies lined up for their service to men at court functions. Young women are the temporary "arm candy" and +1s for patrons and groomed to think it's a badge of pride to be on a drunken boy night out. Children of this community have been exposed to child molesters and normalized/denial attitudes toward abuse. I remember being instructed how to give a blow job when I was maybe 6. "
"I know I am not the only one." 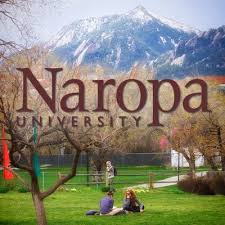