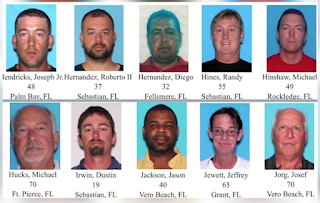 "Investigators in Indian River County announced the arrests of dozens of men Thursday, as they busted an ongoing sex and human trafficking organization hidden in plain sight.


"These Johns either knowingly, or not knowingly, were certainly supplying the funds to perpetuate human trafficking,” said Indian River County Sheriff Deryl Loar.


Included in this crackdown is Patriots owner Robert Kraft. He has not yet been arrested, but a warrant is being issued. Police have video tape evidence, according to reports."