"One of the best-known figures in Tibetan Buddhism has been accused of rape, sexual assault, beatings, and psychological abuse in an extraordinary new insider account. 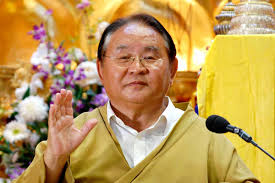 Sogyal Rinpoche—the founder of a leading Buddhist organization—is accused by two women of “rape” and “non-consensual” sex in a book that will be published Thursday.

Mimi Durand said she had tried to block out the emotional torment before accepting what had happened to her. “I realized I’d been raped,” she told the book’s authors.

A second woman alleged that Sogyal had forced her into non-consensual sex at a building belonging to Rigpa—Sogyal’s Buddhist organization—in northwest London.

A third woman gives a shocking account in the book of the way she says the lama took advantage of her when she went to him looking for help in overcoming the grief of losing her father.


The FACT Team
Posted by FACT.charity at 6:37 AM